Get ready for some sporadic hidden puns…

I recently came back from doing some Seoul searching in South Korea. Sadly, this was not seouly a culinary trip but I really did try to absorb, taste and experience the gastronomic wonders or bewilders of Seoul as much as possible.

(Also even sadder was that Jimmy was not with me on this trip!)

My apologies that it has taken me longer than expected to write this piece. This is because on touchdown back at LHR I felt completely torn about my feelings towards Korean food. I mean, there is no way I can generalise the nations entire cuisine from a 5 day trip and I have been to Korean restaurants before which I liked but my personal experience didn’t have me jumping for joy.

I therefore had to ask myself some direct questions in order to give you all a clear idea on what this write up is based on. So here goes….

Was that because I ate at the wrong places?

Most likely (I didn’t eat anywhere I had researched)

Is not eating meat a problem in Seoul?

Yes, beef particularly. It is a meat heavy city.

So, now my cards are fully out on the table please see some snippets of the kind of food I ate below. Some good and some unexpected to say the least.

I must firststart with the menu on Asiana Air.  Definitely worth a look.  I try not to partake of airline cuisines (it just doesn’t agree with me texture and flavour wise ever regardless of airline. I always try to eat before and pack my own food) but I do always like to know what they are serving.

It is amazing to see how diverse and inviting the Korean menu was/is compared to the British.

v the British One… not exactly exciting! 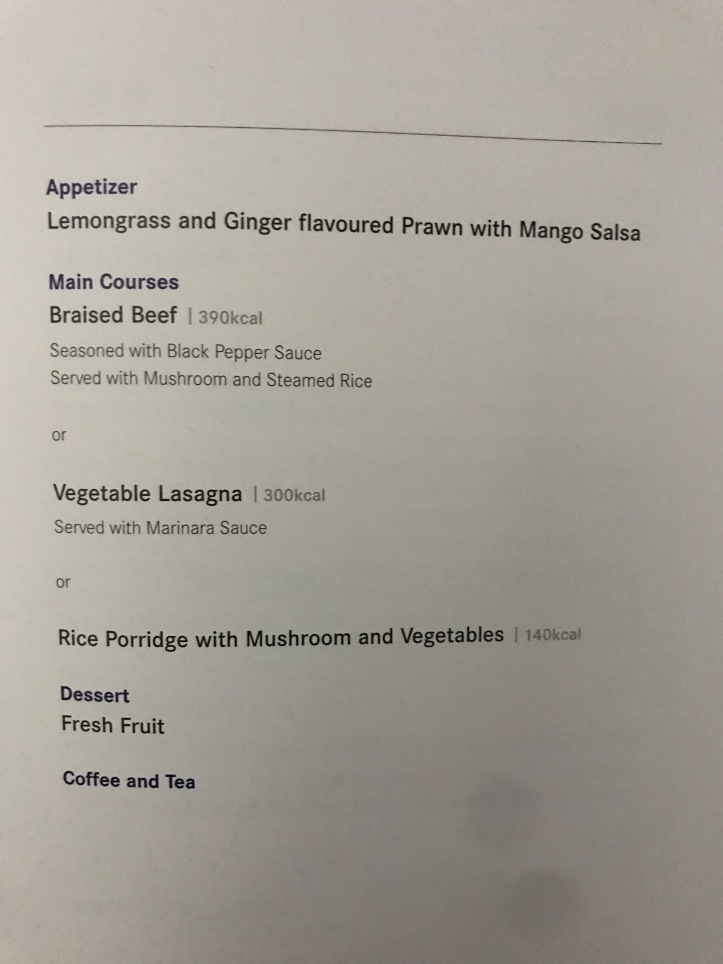 After the joys of the flight I landed in Seoul and on my first outing venturing outside the hotel walls was to the Maple Tree House Itaewon.

This is a chain restaurant (there are 2 in Seoul) however, it was very much traditional in its BBQ and general layout of the meal. It was also here that I learnt the important lesson in Korean BBQ, that no matter what it is just put it together hope for the best and roll in provided pancakes or green leaves. You are given an assembly off different accompaniments to your BBQ meat, fish and/or vegtables and it is these accompaniments which are the secret to good Korean food (apparently).

Step by step below: 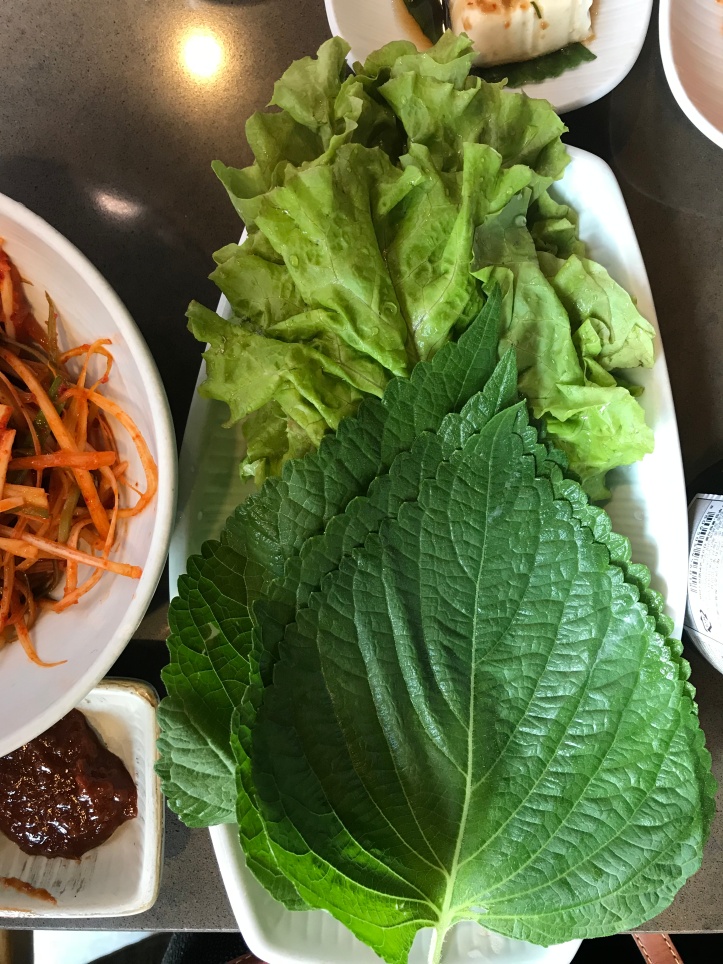 2. They then place the BBQ in front of you and lower the copper chimney

3. Then they add the meat/fish/vegetables

4. Then its time to assemble 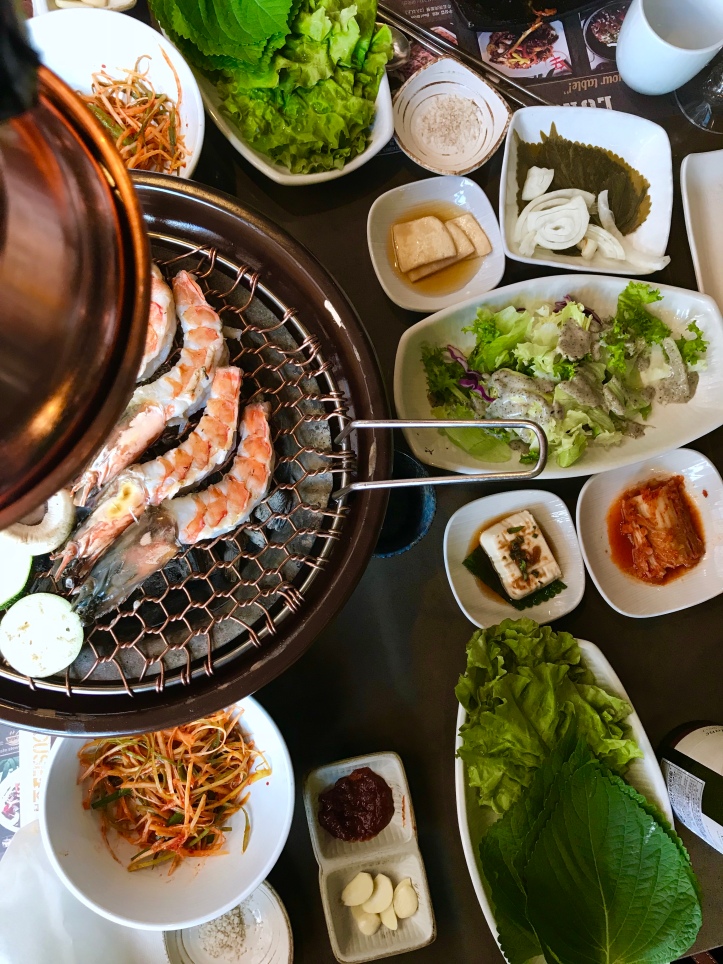 (Me digging into the Seoulfish)

5. Also what was brought out was some steaming egg (picture below with Tofu)

Green vegetables were scarce but they did serve alot of kimchi and small salads with nutty dressings which were very good (pictured above).

On the next evening, I went to a private dinner party which was serving an array of refined Korea food.  It was much more ‘fine dining’.  See some of the dishes below: 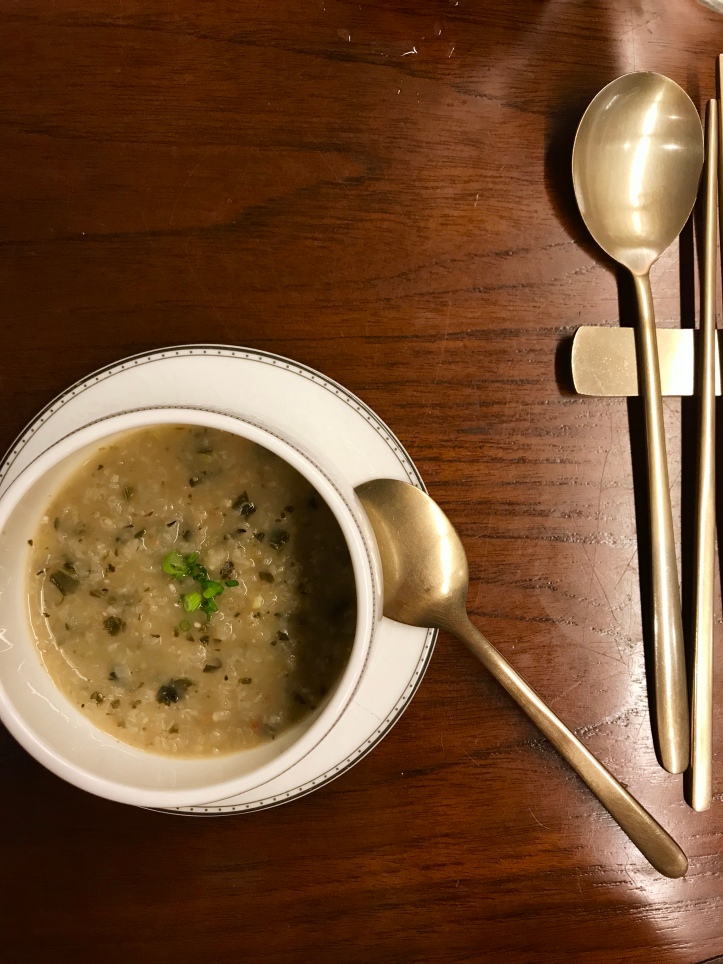 2. Squid Salad (I think the squid was stewed low and slow then finished off in the pan) Pickled cabbage and puffed rice for texture.

3. Wheat crepes filled with vegetables/pickles (i had the vegetarian version)

4. Assorted selection of Korean leeks and Kimchi pancakes.  The red one was packed with spice. 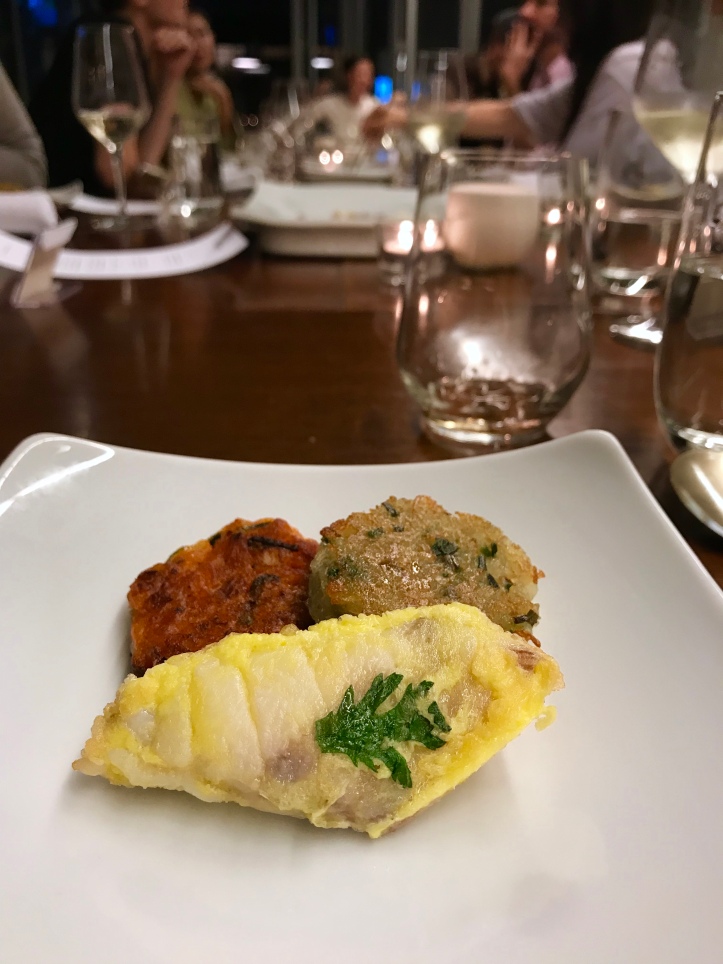 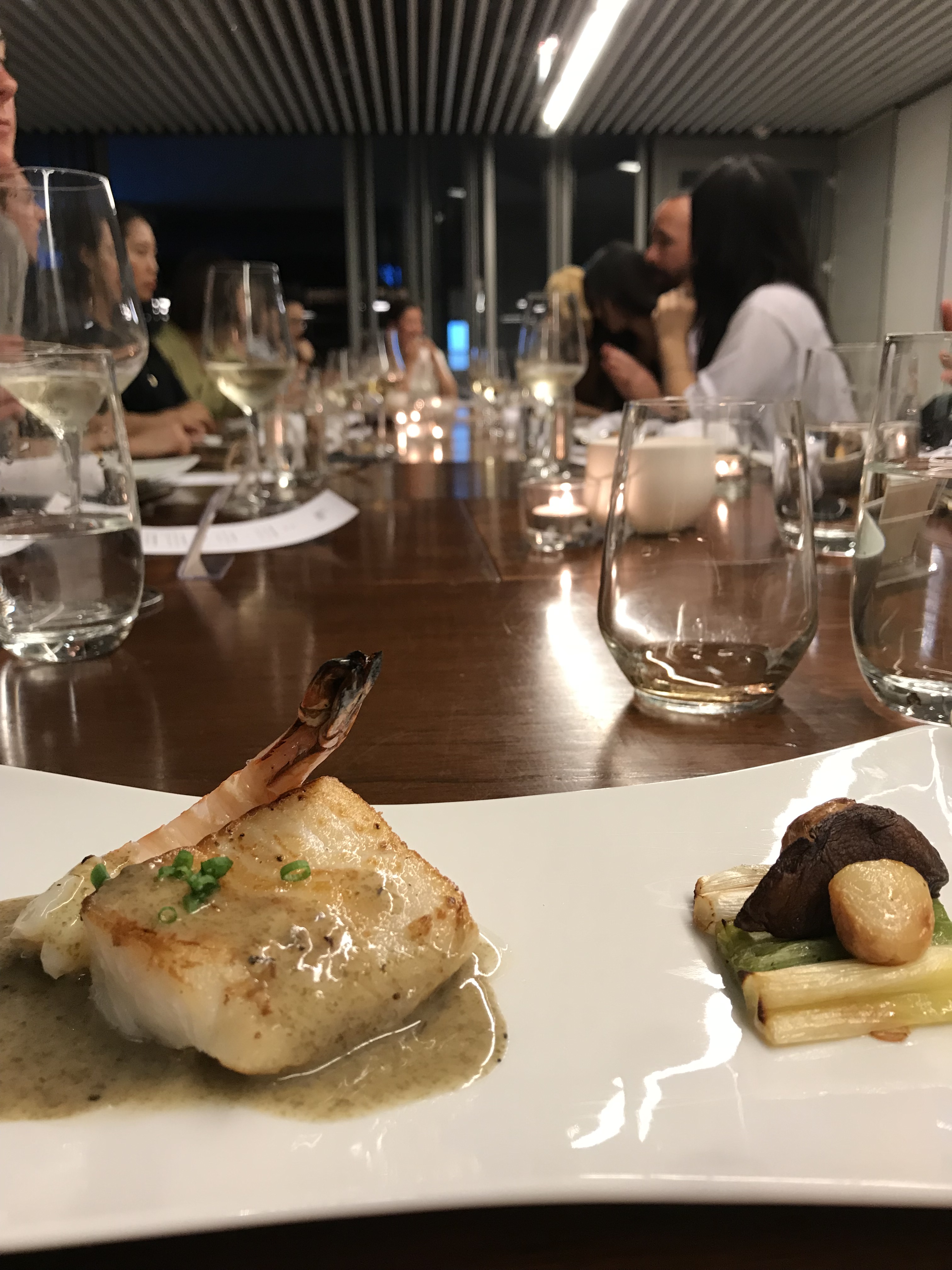 There were also some amazing patisseries throughout the city I WISH I could have sampled (Sugar Free September) however here are some of the delights that could have been. 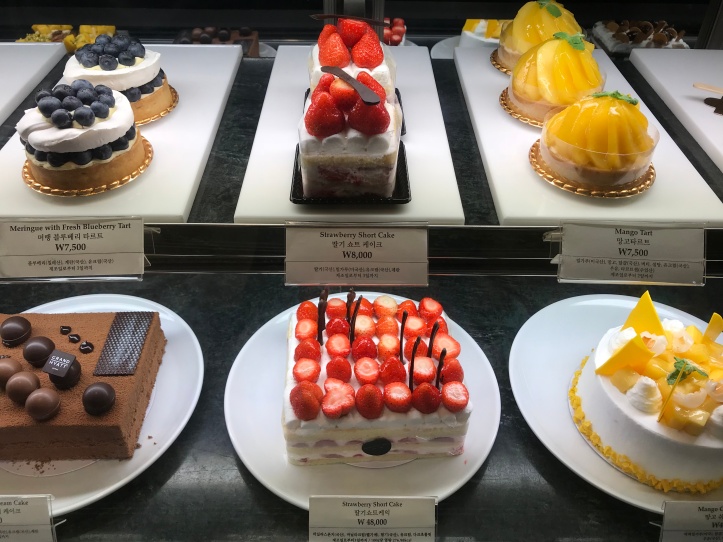 Last snap is from a Korean BBQ bar which had a great vegetarian sticky rice bowl.

I am sorry that this piece isn’t more meaty, in both sense of the word. More meat eating heavy and full of fun food facts about Seoul itself. I am still confused about my feelings towards the food and also I did not get long enough to really get a larger point of view that’s Life I guess (Seoul la vie)

As of now however i am not 100% seould on the food inKorea, however the energy and edge that the city has is definitely worth an explore.